Overview of The GAIA System

The word GAIA from the GAIA system means “Earth as a living creature” and is derived from GAIA, the Greek goddess of Earth. The GAIA theory “describes the Earth as an organism where living and nonliving things interact with each other and emphasizes that this organism is regulated by living things on the planet.”  According to the theory, the Earth can create the proper physicochemical environment for all living things.

This human-friendly polymer mortar prevents cracks caused by decreased strength, the thermal expansion coefficient, etc. which have been pointed out as problems of mortar using the existing barley stone which is good in terms of far infrared rays, deodorization and antifungal and antibacterial properties, as a material for repairing and reinforcing concrete.

The GAIA system is a new concrete repair and reinforcement system which is advantageous for living things and humans because it is environment-friendly, antibacterial and insect-repellent and it purifies the air, deodorizes and controls moisture by means of chemical solutions including recovering alkalinity from inside concrete and inhibiting activities of chlorine ions existing in concrete as well as by means of applying polymer mortar using barley stone and surface treatment materials, which enhances durability.

Features of The GAIA System 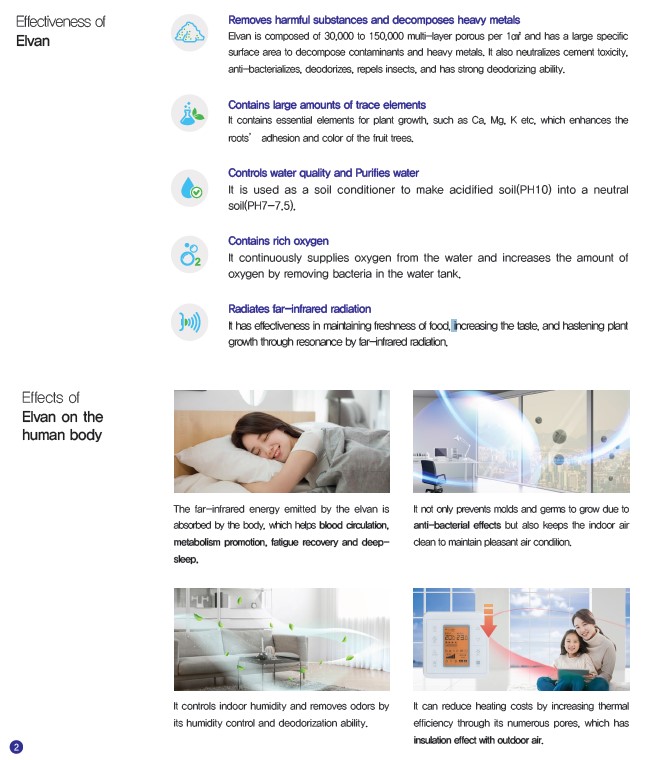